Crypto-Christians of the Trabzon Region of Pontos 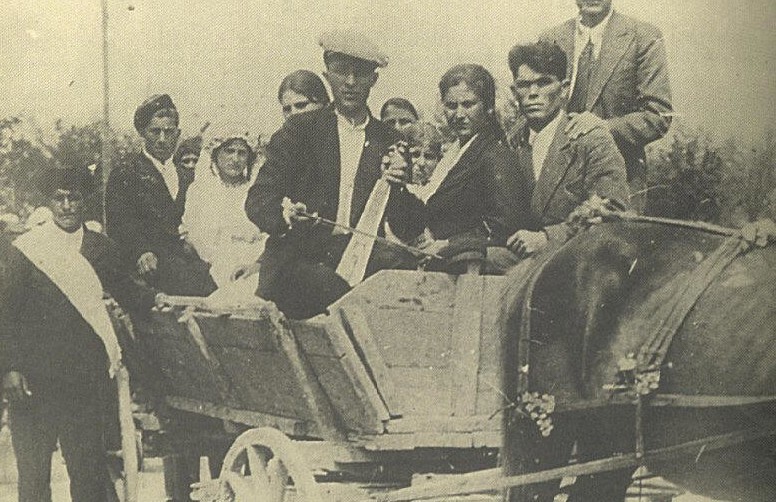 Sam Topalidis
Who were the crypto-Christians?
The crypto-Christians (also called cryphi, klosti, Stavriotes, Kromledes) were Christian Greeks who due to the Muslim persecution against Christians publicly declared themselves Muslims.   However, in secret, they upheld their Greek language, customs and Christian religious practices.1
Crypto-Christians were not polygamists and they were married in a Christian as well as a Muslim ceremony.  The Christian marriage ceremony was often conducted in a rock-hewn house or one underground.  When one of them died, a Christian funeral took place as well as the usual Muslim one.  Up to the mid 19th century their Christian ceremonies were conducted with great care, but by the early 1900s as long as the men registered themselves as Muslims (thus available for military service), nobody asked whether they were Christian or Muslim at heart.2
Greek authors gave some curious details of the secret Christian rites of Greeks in the Trabzon district (see Map 1).   Crypto-Christians followed the Orthodox fasts.  Their children were baptised, and bore both a Christian and Muslim name for secret and public use respectively.  They never allowed their daughters to marry Muslims, but the men did take Muslim wives.  In the latter case, the Christian marriage was conducted in secret, in one of the monasteries.  If pressure was required, the bridegroom threatened to leave his bride.3

The first reference to crypto-Christians in the Trabzon region comes from an American missionary in 1833, followed by W.J. Hamilton in 1836 and two French travellers in 1840.   (Between 1796 and 1832, none of the 25 western travellers, who left a record and passed through this region, mentioned crypto-Christians.)4
During the century after 1461, Trabzon became a ‘Muslim’ town; partly by influx of Muslims, partly by deportation of Christians, but largely through conversion.  (There were considerable financial benefits in converting to Islam.)  According to Ottoman tax registers [tahrir defters] in 1520 (59 years after the fall of Trabzon to the Ottoman Turks), Trabzon was still 86% Christian.  However, by 1583, it was 54% Muslim, with still 77% Greek speaking.5
Greek historians maintain that, like Of (a village 45 km east of Trabzon) and the Greek-speaking Muslim Oflus, the Greeks of Tonya (42 km south-west of Trabzon) converted to Islam in the late 17th century.  However, in the case of Tonya there is no popular explanation of why this happened.  The notion is plausible, for in the late 17th century, Christian Greeks in the Pontos experienced considerable pressure on their faith.  In the case of Of, we now know there was no mass conversion and the Muslims may simply have overtaken the Christians by natural increase.6
Even after conversion to Islam, some people around Trabzon, as reported in the 1890s, did not forget their Christian roots.  There were whole villages on this seaboard whose inhabitants were Muslim, and would resent being called anything else; yet their Greek origin was believed both by history and by some of their traditions.   For example, Surmene and Of, two considerable villages (35 km and 45 km east of  Trabzon respectively), hold to certain customs, which connect them with the Christian faith.  Under the stress of illness, the image of Madonna is suspended above the sickbed; the sufferer sips the forbidden wine from the old cup of the Communion, which still remains a treasured object, much as they might be puzzled to tell you why.7
A little earlier, in 1879, it was estimated that out of 10-12,000 families from Of, 8-10,000 families spoke Greek but only 192 families were Christian.8
Matsouka map crypto christians trabzon trebizond greek pontos 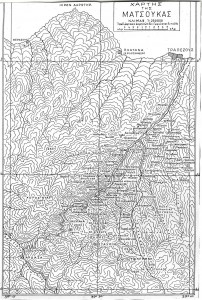 Impact of the Tanzimat reforms and Hatt-i Humayun

This site uses Akismet to reduce spam. Learn how your comment data is processed.